We kick off 2016 with Garden of Feverish Imaginings, a provocative installation by acclaimed Bovina visual artist Gary Mayer. For the first time, one art piece will fill the entirety of the Walt Meade Gallery at the Roxbury Arts Center. “The work will be playful like Dr. Seuss, but also dark like [15th century fantastical painter] Hieronymus Bosch.” Visitors will get an immersive experience at the opening reception on Saturday, January 23rd, at 3 pm, featuring musical accompaniment on found objects by renowned percussionist Michael Suchorsky (Lou Reed), who, Mayer says, will be “woven into the piece.” After the opening reception, Suchorsky’s music will play on a loop in the gallery. Mayer hopes visitors will feel like they’re “walking into a painting.” 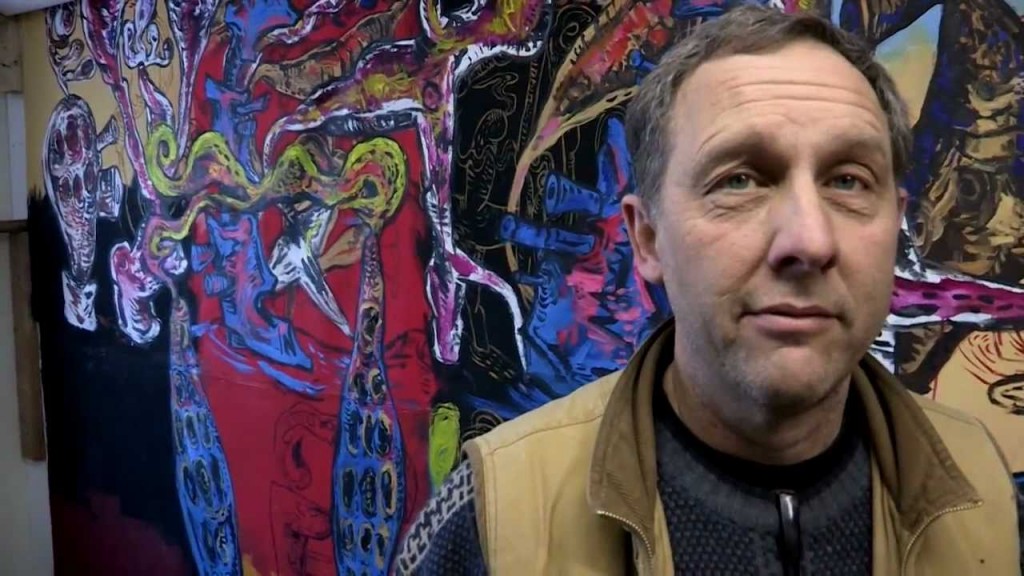 Detroit-born Mayer comes from a family of artists. After moving to New York in 1982, he exhibited widely, earning a name as an artist and illustrator whose comic-and-classic inspired work straddles sensibilities both humorous and dramatic. In 2004, Mayer moved to Bovina to raise two daughters. His occasional work as a contractor influences Garden of Feverish Imaginings. “Everything in the installation will come from the hardware store,” Mayer says. “House paint, burlap, window screens, and plywood. And all the drawing will be done with wire. I want it to look like the world is being re-seen, like when it was brand new.”

The installation opens with a reception on Saturday January 23rd, from 3 pm to 5 pm, and runs until Saturday, March 5th. Mayer will give a talk about his work on a Saturday during the run. Check www.roxburyartsgroup.org or call 607-326-7908 for details. Reception is free and open to the public. Refreshments available.

All programs offered by the Roxbury Arts Group in 2016 are supported by the A. Lindsay and Olive B. O’Connor Foundation, the Robinson-Broadhurst Foundation, the New York State Council on the Arts, with the support of Gov. Andrew Cuomo and the NYS Legislature, Robert & Nellie Gipson, 2016 Season Sponsor WIOX Community Radio 91.3 FM, and by the generosity of business sponsors and individual donors like you.