Now is your chance! The Roxbury Arts Group is starting a Dungeons & Dragons (D&D) Night and is offering this free, introductory class to anyone interested in learning more about this story-telling, role-playing game that draws on the depths of your imagination. Any former players who are interested in becoming more familiar with the newest edition (5th Edition) are also welcomed to attend.

This workshop is the first step in establishing an ongoing D&D Night. D&D is the most well-known role playing game ever created. If you have ever wondered what happens during a role playing game session, come down and experience an introduction to the basics of the game. Following this Introduction Night, you’ll be prepared to become a character in an ongoing fantasy narrative with imaginative acting, problem solving, and likely deadly combat with orcs and dragons… all while sitting in the safety of the Walt Meade Gallery. 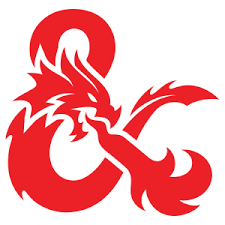 This Introduction Night will be led by Doug Idleman, a Roxbury resident who first played D&D 30 years ago. “As a kid, D&D was a great outlet for my creative juices” says Doug. “It allowed me to form a community with others who had a shared interest in science fiction and fantasy.” Today, Doug continues playing D&D with some of those very same friends from his childhood, but is interested in starting a local D&D community right here in the Western Catskills. Following this Introduction Night, the Roxbury Arts Group will open it’s doors monthly to D&D players as they work through new campaigns in virtual worlds.

There is no special equipment or supplies needed to participate. This D&D Introductory Night, and subsequent D&D Campaign Nights (to be offered on the second Thursday of each month) are free and open to the public. Pre-registration is not required, but your RSVP is appreciated. Let the Roxbury Arts Group know that you’re attending by calling 607.326.7908 or by sending an email to info@roxburyartsgroup.org.