THIS PERFORMANCE IS SOLD OUT!!!

Dinner by Ate.O.Ate Food Truck at 6p
Sponsored by Beaverdam Builders and Round Back Antiques

Kicking off the ever-popular Roxbury Arts Group’s 2018 Essential Thursdays Performance Series will be the internationally acclaimed duo The Brother Brothers. They bring to the stage their beautifully intertwined melodies on cello, fiddle, banjo, voice and guitar. Mark Simons, of Allison Krauss and Del McCoury fame, says “They’re the real deal. They know old-time two-part harmony from the inside, and that fraternal resonance is there to be clearly heard.”

The Brother Brothers are twins Adam and David Moss. Hailing originally from Peoria, Illinois the brothers have made their way south and around the world picking up techniques and learning folk traditions as they traverse the earth. Adam and David now call Brooklyn their home. 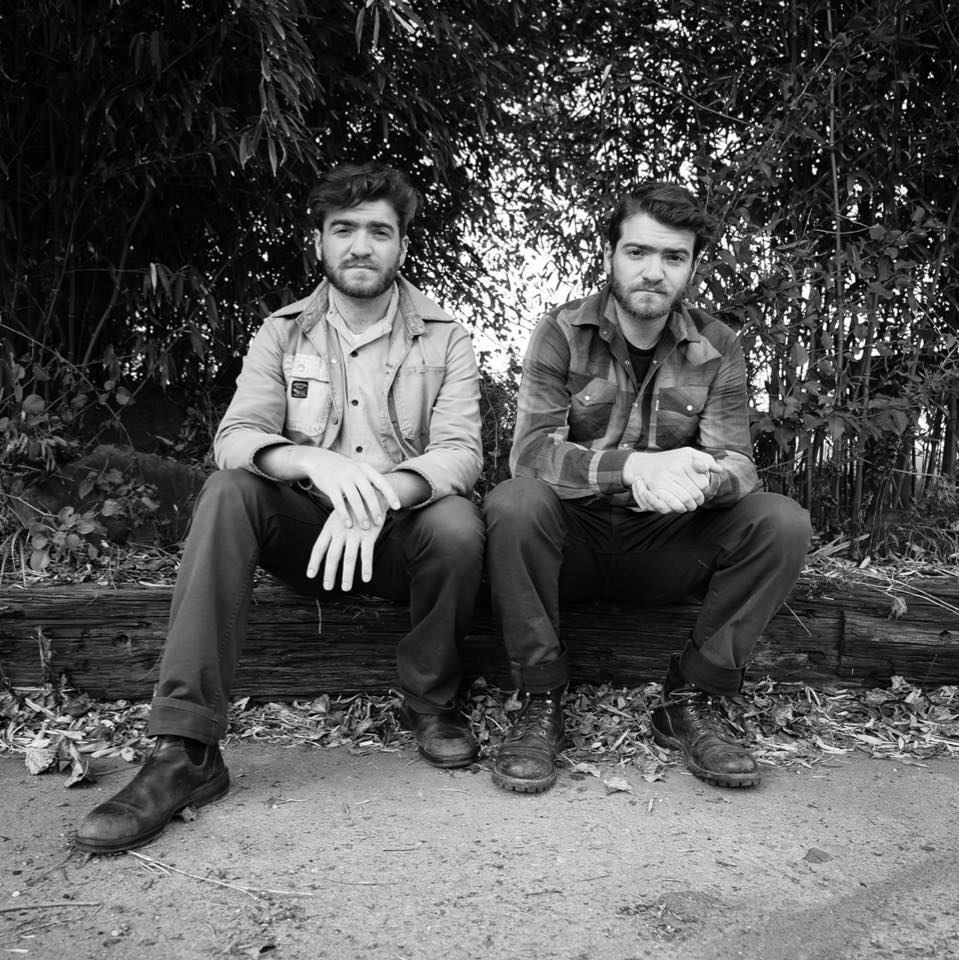 The Brother Brothers sound is striking and undeniably captivating. Often leaning towards the darker, moody elements of Appalachian folk and bluegrass traditions, their songs are laden with near perfect sibling harmonies or unison singing, compelling writing, and imaginative arrangements. They tour as an acoustic duo: David on cello and guitar, and Adam on the fiddle. With individual storied music careers under their belts, the brothers have teamed up to bring their experiences together.

Brooklyn based fiddler and songster Adam Moss’ musical career can most easily be characterized by the variance of his influence. Adam loves and plays in the Klezmer, Bluegrass, Old-time and swing traditions which lends itself to a very unique and innovative style in performance setting. He is actively touring with Boston’s Session Americana, Brooklyn’s The Defibulators, Ana Egge, and has formerly toured with Anais Mitchell’s “Hadestown,” and Texas’ 3 Redneck Tenors.

David Moss began his musical journey playing cello and singing in various formats from a very young age. After receiving a degree in cello performance from the University of Illinois (Urbana-Champaign), he moved to Austin, TX in 2007 where he immediately formed the trio The Blue Hit. There, David attended the Kerrville Folk Festival, and before long was playing guitar and writing songs. By the summer 2011 he was a finalist in the prestigious New Folk competition and went on to become a winner.

Lula Wiles, who performed at the Roxbury Arts Group’s FIDDLERS! Festival in 2017 has said: “When David Moss sings you his songs he rips your heart out, throws it on the ground and stomps on it, then picks it up and gently places it back in your chest…then he punches you.” David also continues playing and composing with The Blue Hit as well as groups such as the Satellite Ballet, Moishe Circus, The Broken Stares, Ana Egge, Roy Williams and The Human Hands and many others.

“The Brother Brothers have been in this together for life, and their familial connection comes through in the music, harkening back to some of the greatest family harmonies ever made” says Sarah Jarosz of I’m With Her. “They approach their poignant and often charming songs with an almost startling sense of ease, and the tight harmonies are enough to send shivers down anyone’s spine. Their ability to pull the listener into their quietly energetic musical journey is a joy to behold.”

Enjoy dinner from the Ate.O.Ate Food Truck, served at 6p under a tent with gorgeous views of the valley before the performance. For tickets and more information, connect with the Roxbury Arts Group at roxburyartsgroup.org or call 607.326.7908.

The Essential Thursday Performance Series is sponsored Beaverdam Builders and Round Back Antiques. The programs and events offered by the Roxbury Arts Group are made possible through the support of the New York State Council on the Arts, a state agency, with the support of Governor Andrew Cuomo and the New York State Legislature, the A. Lindsay and Olive B. O’Connor Foundation, the Robinson Broadhurst Foundation, the Tianaderrah Foundation, 2018 Season Sponsor WIOX Community Radio, business sponsors and advertisers, and by the generous donations from individuals like you.

SOLD OUT!!! NO TICKETS AVAILABLE AT THE GATE!!!