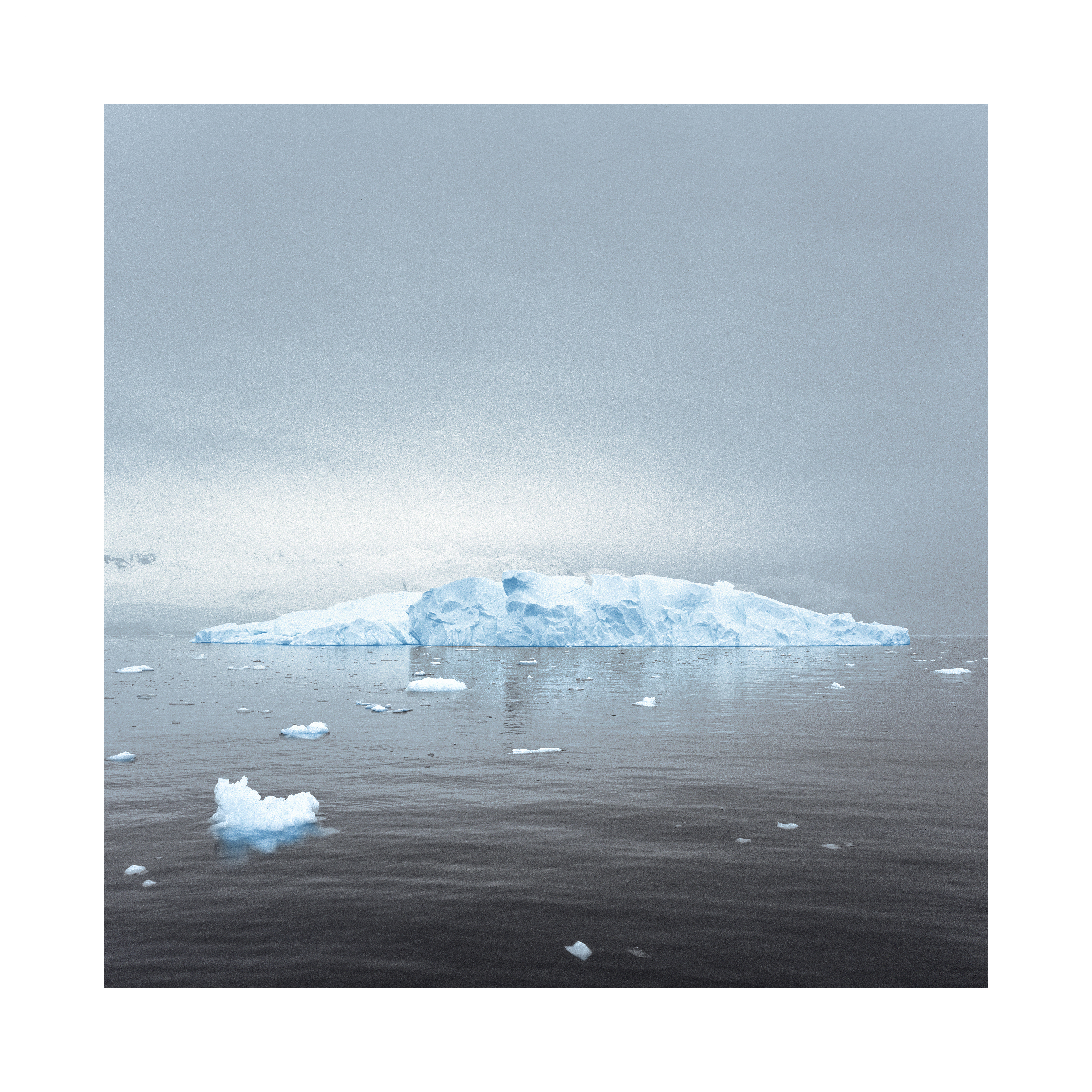 Adrift is a project that uses a visual language as a means of polar comparison. By pairing photographs of Antarctic icebergs and empty Iñupiat Eskimo hunting cabins, it offers a restrained commentary on the parallel effects of global climate change at opposite ends of the Earth. In 2013 I traveled from the Antarctic to the Arctic Circle, through seventeen countries in the Americas. I documented dwellings, how human habitation responds to and reflects harsh landscapes, and the means with which societies adapt to changing climates, both cultural and physical. During the journey I was drawn to subjects which were both a departure from my work yet still felt like a familiar target: organic and inorganic structures succumbing to the effects of a warming planet. -Magda Biernat

To read more about Biernat’s exploration and the culmination of this exhibit, visit National Geographic.

A native of Poland currently based in NYC, Magda Biernat is a contemporary art photographer specializing in architecture and interiors and is the former photo editor of Metropolis Magazine. She received her MFA in New Media from Transart Institute in Berlin and New York. Her photographs have been published in, among others, the New Yorker, the New York Times, National Geographic, Interior Design, Wallpaper, Metropolis, Dwell and Afar. Her work has been exhibited nationally and internationally with exhibitions in Poland, Belgium, France, Canada, The Philippines, Taiwan and the United States. She is a recipient of awards such as the Center 2016 Director’s Choice Award, LensCulture 2015 Emerging Talents Award, TMC/Kodak Grant, Lucie Foundation Awards and Magenta Foundation Flash Forward. Her work is represented by Robert Klein Gallery in Boston and Clic Gallery in New York City.