The Common Ground Festival is a new initiative from the Roxbury Arts Group and the LaGuardia Performing Arts Center inspired by a desire to return to storytelling as originally intended. We believe everyone has a story to share, a tale to tell, and we want to invite our diverse, global community of artists to share their stories as a means to relate and rediscover our human connection to people we deem “different” or “foe” as a result of opposing political,
religious and cultural beliefs. 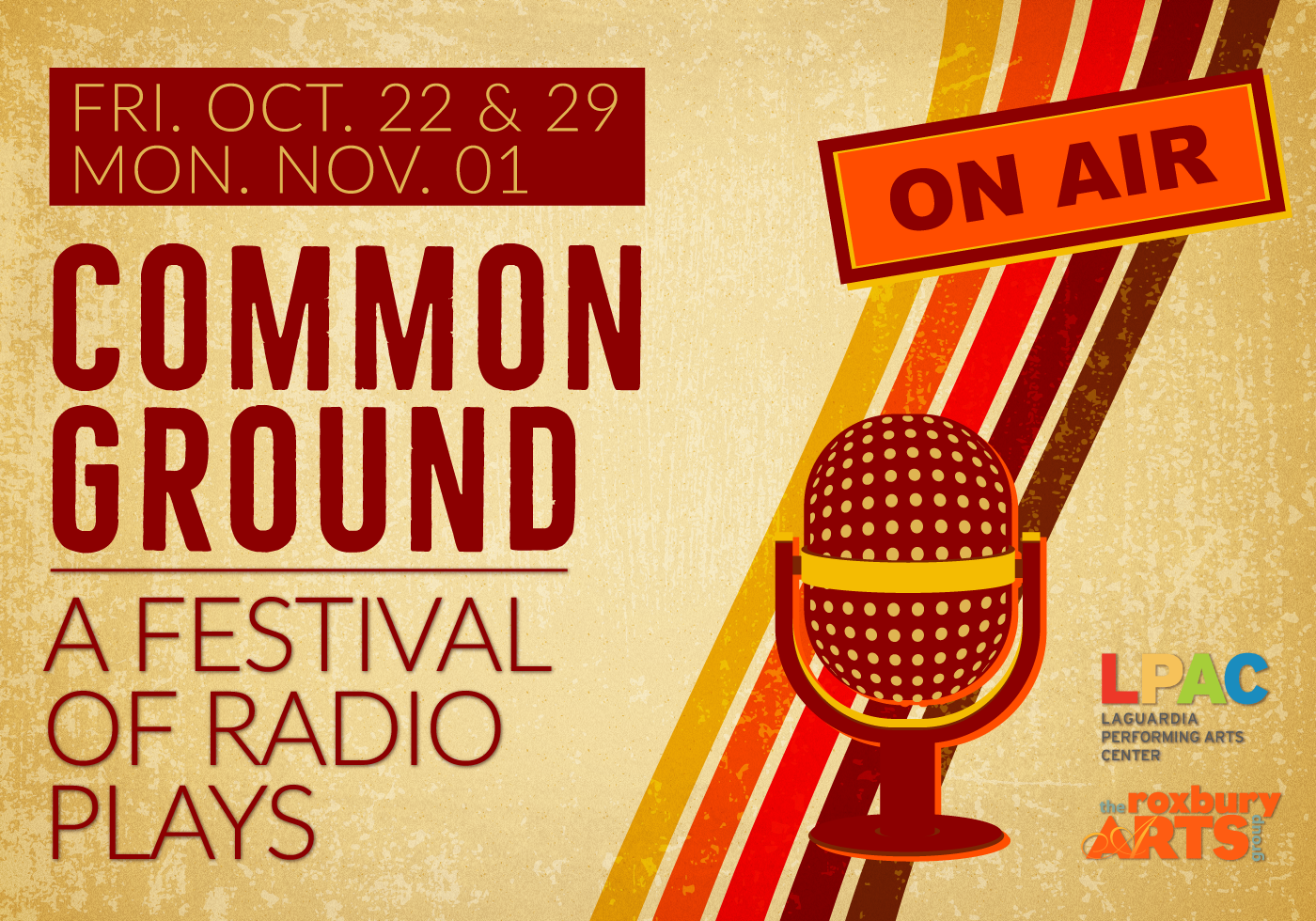 The Roxbury Arts Group and LaGuardia Performing Arts Center invite artists from rural and urban locations to create stories that reflect their experiences in order to mend the divided dialogue that currently exists in our nation. We are eager to create connection and conversation to overcome the fear that divides us and bridge unity through storytelling.

We are seeking ten playwrights–five from rural areas and five from urban locales to create new works from their personal experiences in an effort to entertain and effect dialogue between the two communities.

A selection committee from LaGuardia Performing Arts Center and Roxbury Arts Group will evaluate the RFP’s to select the 10 artists for participation in the Common Ground Festival.

Eight radio plays will be pre-recorded in studio and aired on WIOX in Roxbury NY as well as on LaGuardia Community College’s web radio station, WLGR. Additionally, two playwrights, one rural and one urban, will be selected to have their pieces recorded in front of a live audience.

Selection Criteria
1. Material is a reflection of the playwright’s lived experience within a rural or urban community.
2. The structure of the radio play is engaging and hooks the listener and maintains their engagement until the end.
3. Close attention is paid to the soundscape of the play including: speech, sound effects, music and silence.
4. Visual elements are expressed in a subtle way to inspire the audience’s imagination.
5. Maximum of 4 performers per script (doubling acceptable).
6. Performers will be responsible for soundscape and effects.
7. The length of the radio play is a minimum of 10 minutes and maximum of 20 minutes.
8. A stipend of $300 will be provided for the eight (8) playwrights recording their work – The two playwrights that will be produced live will receive a $500 stipend.
9. Playwrights will be responsible for artist transportation to and from live performance production.
10. Submit HERE.
11. Submissions must be received by AUGUST 9th at 11:59pm.