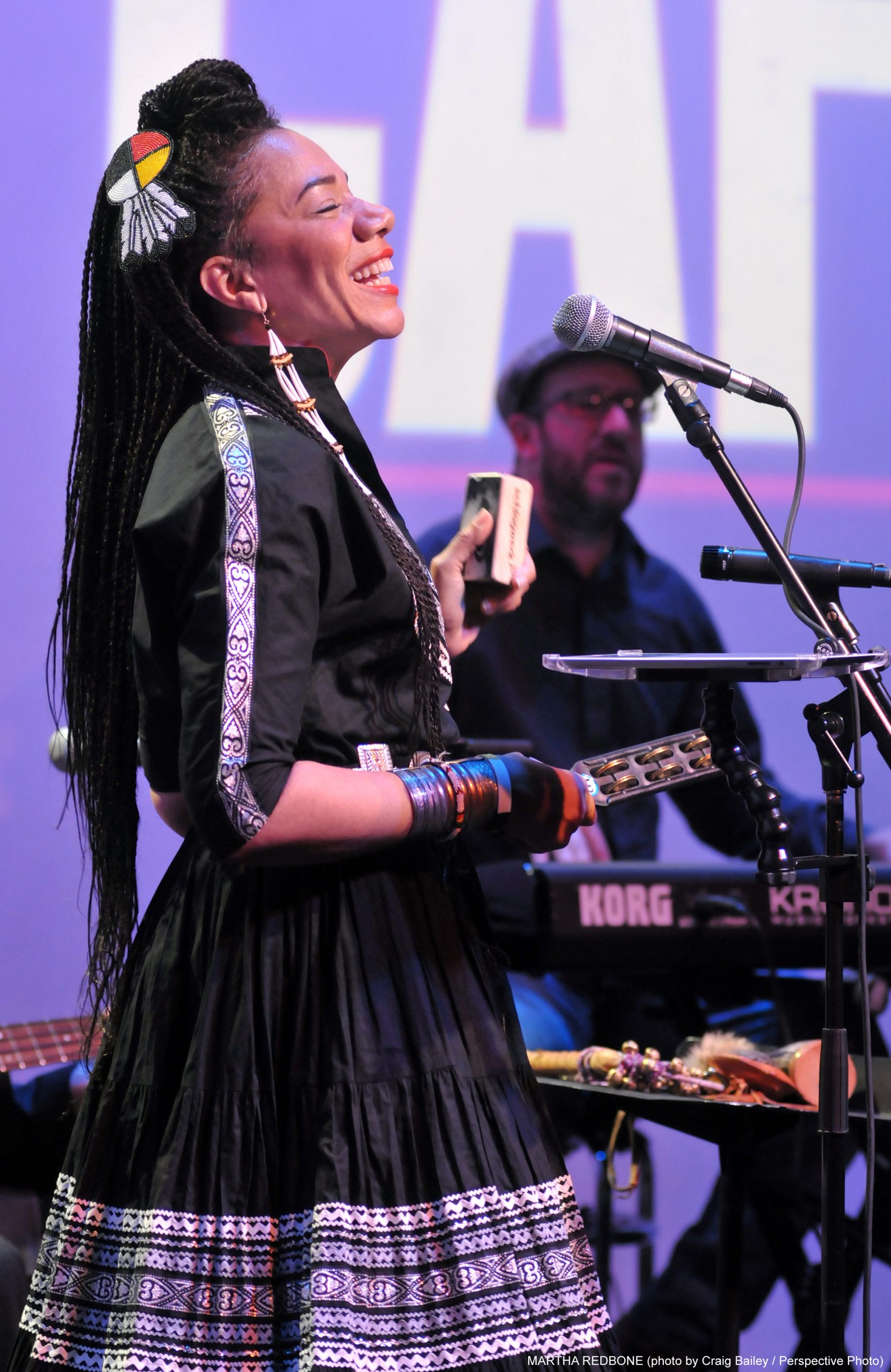 Martha Redbone is a Native & African-American vocalist/songwriter/composer/educator. She is known for her unique gumbo of folk, blues and gospel from her childhood in Harlan County, Kentucky infused with the eclectic grit of pre-gentrified Brooklyn. Inheriting the powerful vocal range of her gospel-singing African American father and the resilient spirit of her mother’s Cherokee/Shawnee/Choctaw culture, Redbone broadens the boundaries of American Roots music. With songs and storytelling that share her life experience as a Native and Black woman and mother in the new millennium, Redbone gives voice to issues of social justice, bridging traditions from past to present, connecting cultures, and celebrating the human spirit.

“This woman is a true original; the kind of artist who sets trends, as opposed to following them.” BILLBOARD MAGAZINE

Her album “The Garden of Love- Songs of William Blake”, produced by Nitty Gritty Dirt Band founder/Grammy Winner John McEuen is an unexpected twist– “a brilliant collision of cultures” The New Yorker – features Redbone’s magnificent voice, Blake’s immortal words and a masterful cornucopia of roots music (blues, gospel, bluegrass, soul and traditional Southeastern Woodlands). Featured on All Things Considered the album released on her own imprint Blackfeet Productions rose to the Top Ten on Amazon Folk Charts for many weeks and has become the bedrock of her live shows bringing audiences to their feet with her fiery old time mountain gospel singing and foot-stomping energy.

COVID-19 PROTOCOLS WILL BE ANNOUNCED CLOSER TO THE DATE OF THE PERFORMANCE.