This year would be the 27th anniversary of “Fiddlers!” the multi-hour, multi-performer salute to the tradition of fiddling. We just could not imagine a year without this homage to fiddle musicians and their music so the traditional event has been pared-down a bit both in length and audience size to keep it going during this pandemic time.

Taking the stage, with several instruments each, will be Sara Milonovich & Greg Anderson joined by Trish Miller & John Kirk. Fiddles, guitars, banjos and more! Sara has played our stage many times beginning when she was a teenager accompanying Hilt Kelly whom our main hall is named after and who was a founding member of this decades old event.

Sara Milonovich cut her teeth as 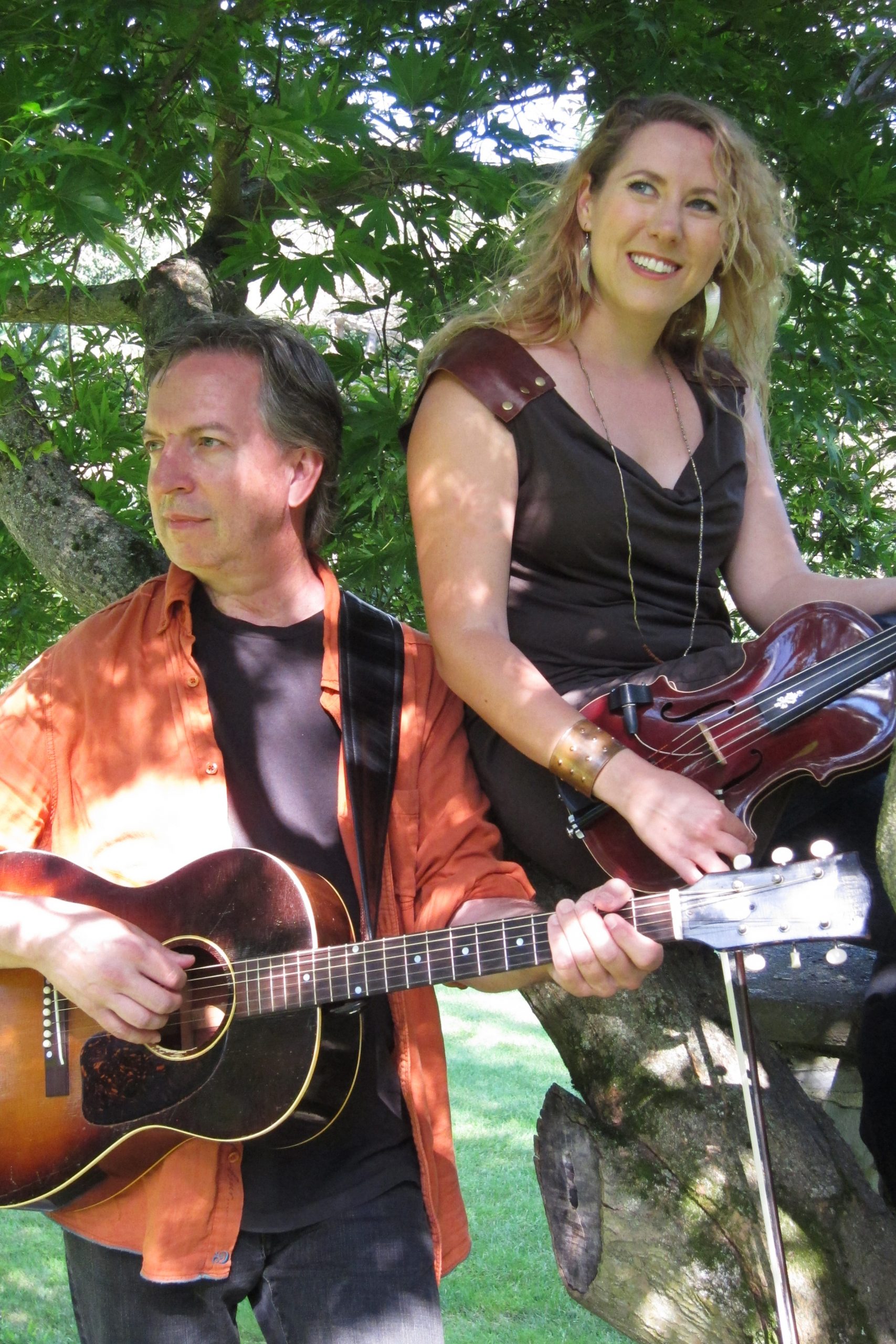 a sought-after side person in the bluegrass, folk, rock, americana, and celtic music worlds, and has performed and recorded throughout North and South America, Europe and beyond. She was among the last generations to learn traditional music as it was passed down firsthand, from the grange halls and lumber camps of the North Country to the pubs of NYC. Growing up on a working farm in rural upstate New York, she began playing when she was four, and by nine was leading her own band (around the same time she learned to drive a tractor.) After a collection of awards for fiddling, singing, and composing, she left school at sixteen to hit the road with bluegrass band The McKrells. A diverse trajectory led her from there through a busy career as an accompanist and collaborator with such artists as Richard Shindell, Pete Seeger (including on his Grammy-winning At 89 album), Eliza Gilkyson, Jim Gaudet and the Railroad Boys, and NY stringband Mountain Quickstep, among others. In 2011, Sara toured Kosovo, Bulgaria, Moldova, and Turkey as part of The Rhythm Road: American Music Abroad, a cultural diplomatic program administered by Jazz At Lincoln Center and the US State Department. In 2016 she founded Rootstock (www.rootstockfest.org), a nonprofit music festival dedicated to supporting the next generation of farmers in the Northeast. In partnership with American Farmland Trust and the National Young Farmers Coalition, the inaugural Rootstock concert raised over $10

00 for farmland preservation and young farmers’ advocacy efforts. In addition to her career as both a solo artist and accompanist, Sara also appears as a featured violinist/fiddler in the hit Broadway musical, “Come From Away.”

A New York native, multi-instrumentalist and producer Greg Anderson has inhabited many of the musical worlds that the city has to offer, playing everywhere from CBGB to Carnegie Hall. Well-known for his work in folk and world music, he spent 10 years as guitarist with the Eileen Ivers Band, and 8 years with singer Cathie Ryan, and played with many artists in (and on the edges) of other traditions, from Steeleye Span fiddler Peter Knight to Shakti violinist L. Shankar. He has also worked with many luminaries in the contemporary folk world, including Richard Shindell, Jack Hardy, Dave Moore, and Dar Williams, and was part of the house band for the famed annual Fast Folk Revue shows at The Bottom Line. Also a veteran of New York’s ‘downtown’ music scene, he has worked with a variety of other artists in rock, jazz, and contemporary music. He was bassist for 15 years with the avant-rock group Doctor Nerve (with whom he recorded 8 albums and toured throughout the world), played various instruments with Grammy-winning klezmer-jazzers The Klezmatics (accompanying them on tours with Itzhak Perlman), and worked with other artists as varied as US Poet Laureate Billy Collins and classical percussionist Evelyn Glennie. In the 1980s, he played bass and keyboards in the seminal post-punk new wave band ibm, and in the 1990s brought many of these disparate influences together in co-founding the acclaimed NYC celtic-world fusion group Whirligig. Also a sought after producer and arranger, he is recognized for the blending of traditional and world musics with contemporary sounds and production values, and has produced albums for many of these same artists, along with dozens of others.

John Kirk & Trish Miller present fiery fiddle tunes, folksongs and fancy footwork to audiences of all ages. John’s lyric voice, good sense of humor, and versatile instrumental skills have earned him widespread recognition in folk and traditional music circles. On fiddle, mandolin, and several other instruments, he has performed on stages from Carnegie Hall to mountain campfire gatherings. Trish Miller is known for her clogging, guitar & banjo. Both of them call square dances and have taught folk music & dance programs of over two decades together. They are often joined by yodelin’ Ed Lowman on bass, fiddle & vocals and occasionally by several other band mates when a big ensemble suits the occasion. 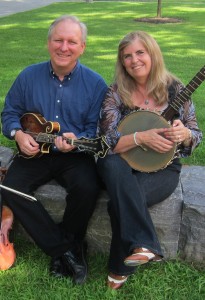 In 2011, the U.S. State Department selected John & Trish with Sara Milonovich & Greg Anderson as Mountain Quickstep, to be touring music ambassadors in Eastern Europe and Turkey. John & Trish teach at Skidmore College in Saratoga Springs, NY, and John has been on the music faculty at Bennington College in Vermont. since 1998. Some places where this duo has consistently presented include the Adirondack Great Camp Sagamore, The Grey Fox Bluegrass Festival, WUMB’s Summer Acoustic Music Week, The Flurry Festival, the 1890 Fredonia Opera House, and numerous schools.

Bring a beach chair, some drinks and snacks and join us for FIDDLERS! 27ish which will be both intimate and socially distanced – yes, those words can go together – we’ve been presenting like this all summer!