Raucous, rowdy, gentle, sweet, eccentric, quirky, and outright irreverent are all words that fittingly describe Tas Cru’s songs and testify to his reputation as one of the most unique of bluesmen plying his trade today. It’s not for nothing that Cru has received wide praise for his songwriting.  As Downbeat magazine noted, “His songs are blues poetry – crafted with rare verbal flair and his ability to cast a memorable hook is magical!” Live, these songs are performed with power and passion as observed by Living Blues magazine, “The vivacity and sheer joy with which Cru plays is intoxicating!” 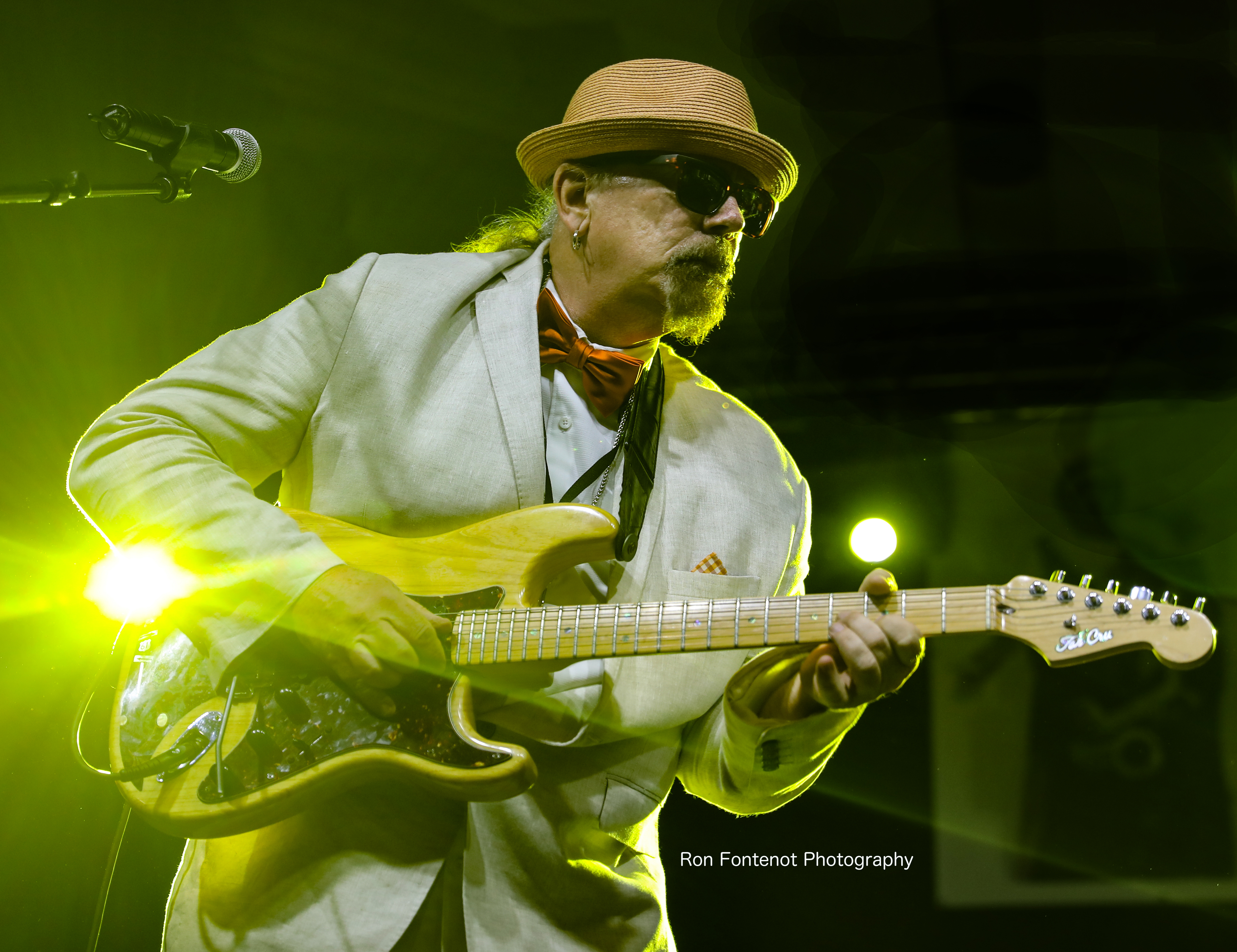 Tas Cru is based out of upstate New York and performs in multiple formats ranging from solo acoustic to a 7 piece-backing band.  He sings and plays a wide variety of guitars  – at home on either electric, acoustic, resonator or cigar box. Tas is a Delaney Guitars (Austin TX) endorsed artist. In his early bands, Tas was introduced to the great Sun Records sound and the country blues that later served as a counterpoint to the rock-blues he idolized as did so many young aspiring guitar players of his time.  His first foray into the blues came after leaving the US Navy when he was asked to join a band formed by a former shipmate named Delray Streeter, an Arkansas-raised bluesman with boundless bravado and attitude but rather limited singing and even lesser harmonica skills.  This partnership, though short-lived, proved to be very influential as Streeter’s repertoire tended toward the older, rough-hewn country blues.  Cru’s schooling in country blues later served him well and is heard in his original songs along with the Sun Records and, of course, his rock-blues influences.

Bring your dinner or some snack – a lawn chair or a blanket…. and get ready to have a great night!