CONCERTS ARE SOLD OUT. SQUARE DANCING, FROM 12 -2, DOES NOT REQUIRE RESERVATIONS.

PLEASE EMAIL OR CALL IF YOU WOULD LIKE TO BE ON THE WAIT LIST FOR THE PERFORMANCES BEGINNING AT 3P.

Sponsored by The Delaware National Bank of Delhi

The first snap of autumn, the vibrant colors on the mountainside, and the scent of harvest means its time for fiddling, square dancing, fine homemade food, and world renowned folk musicians in Hilt & Stella Kelly Hall at the Roxbury Arts Center.

For the past quarter century we’ve played host to talented fiddlers from many parts of the world, from young to young at heart, from a variety of regional influences, from solo artists to many membered bands… and this year that tradition of incredible skill continues.

Fiddlers! 26 we are excited to welcome to the stage The Barefoot Movement, Christian Sedelmyer & Dave Goldenberg and Rakish. From Grammy’s to NPR performances and all the way back around these musicians bring both traditional and new takes on fiddlin’!

Schedule of the day: 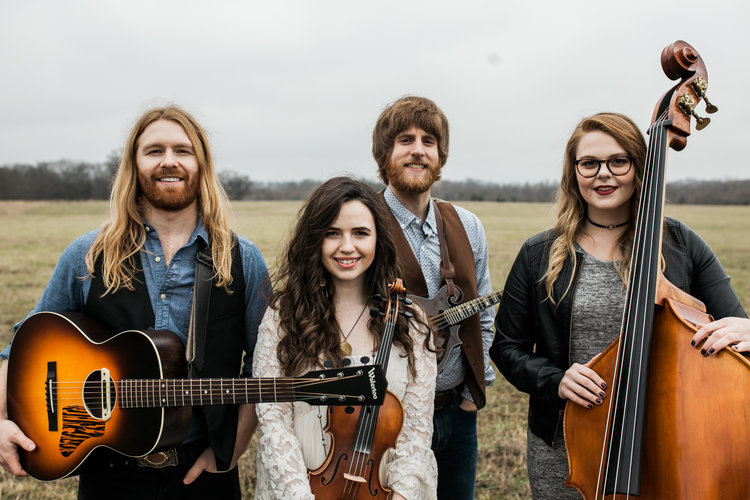 Heartfelt, energetic, and down home. Heralded by CMT Edge as “one of the most promising bands on the bluegrass scene,” the music of the Nashville based group The Barefoot Movement is as down to earth as their intention for members of their audience: sit back, relax, take your shoes off, and stay a while. All the worries and frustrations of the world melt away as this charming, acoustic band takes listeners back to a simpler place and time. Whether you’re seeking emotional ballads or rip-roaring barn-burners, you can expect a collection of music that offers something for everyone. In September of 2014, they received a Momentum Award, naming them “Band of the Year” by the International Bluegrass Music Association.

They have appeared in Country Weekly Magazine, RollingStone.com, CMT Edge, Music City Roots, and Woodsongs Old-Time Radio Hour. Their original music was featured on the Outdoor Channel’s program “Huntin’ the World: Southern Style” and their music video for their popular song “Second Time Around” has been seen nationally on the Zuus Country Network. They have been selected as showcase artists at both the International Bluegrass Music Association and the Americana Festival conferences and were first runners up at the 2013 Telluride Bluegrass Festival’s New Band Competition. The Barefoot Movement Official Website

A formidable combination of passion, ambition, innovation, and talent, Christian Sedelmyer exemplifies a new generation of musicians. A 4 and 5 string violin player and 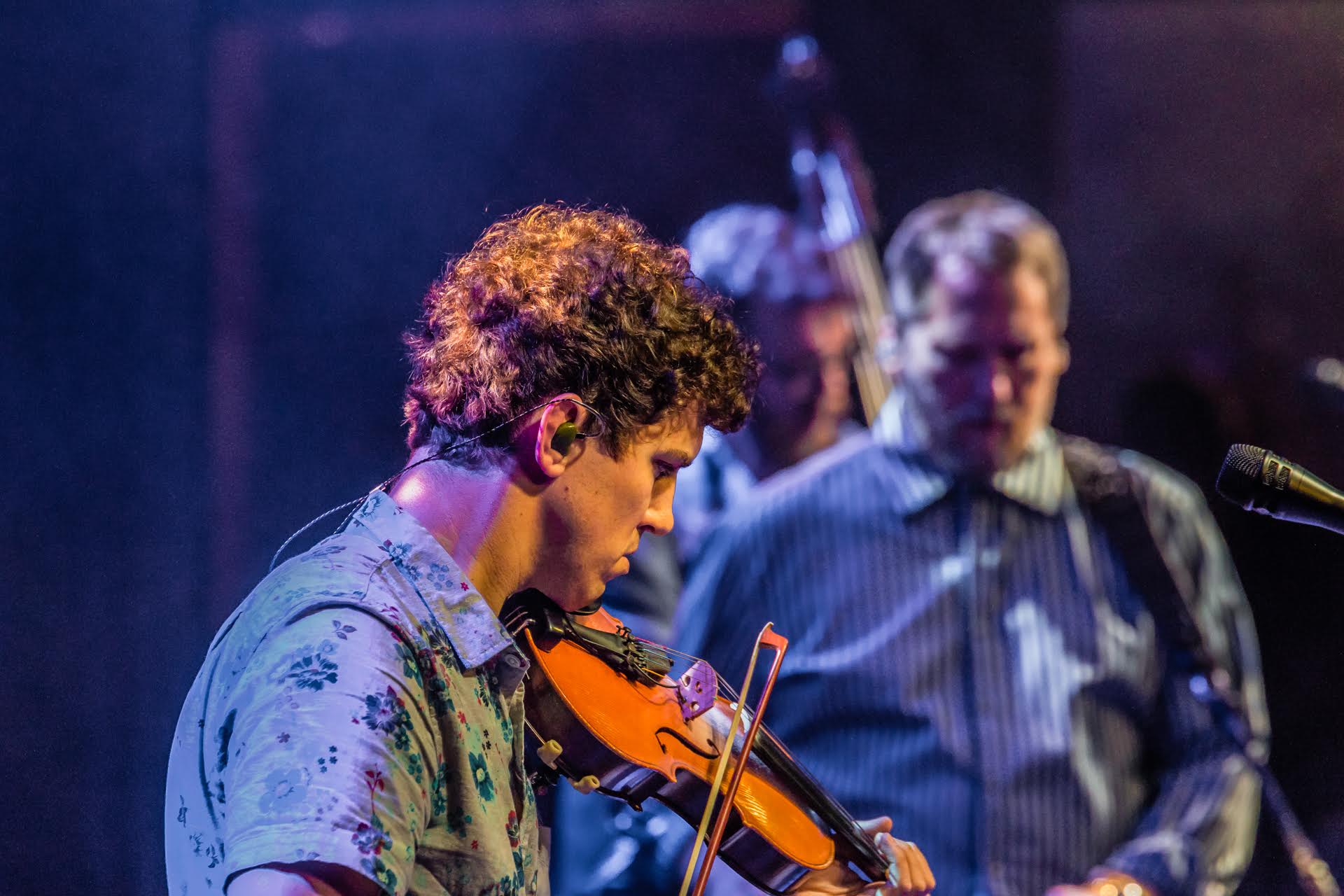 composer who is influenced in equal part by Neil Young and Stuart Duncan, Christian’s unique and progressive improvisational ideas, technical facility, and ardent musicianship have garnered him a strong reputation in Nashville, where he is a well sought after side man and collaborator. As a member of The Farewell Drifters Christian recorded and promoted two albums, and performed at festivals such as Grey Fox, Winfield, and RockyGrass. With 10 String Symphony their debut album

Weight Of The World reached #3 on the Billboard Bluegrass Charts and was featured on NPR’s All Songs Considered. As a member of the Jerry Douglas Band he performed at the Telluride Bluegrass Festival and earned a GRAMMY nomination for Best Contemporary Instrumental Album at the 60th Annual GRAMMY Awards. Having performed or recorded with musicians such as (to name a few) Jerry Douglas, Emmylou Harris, Bela Fleck, Vince Gill, Kacey Musgraves, Sierra Hull, Molly Tuttle, Alison Brown, Sam Bush, Indigo Girls… He has appeared on the Grand Ole Opry, NPR’s Says You! and many more acclaimed stages. 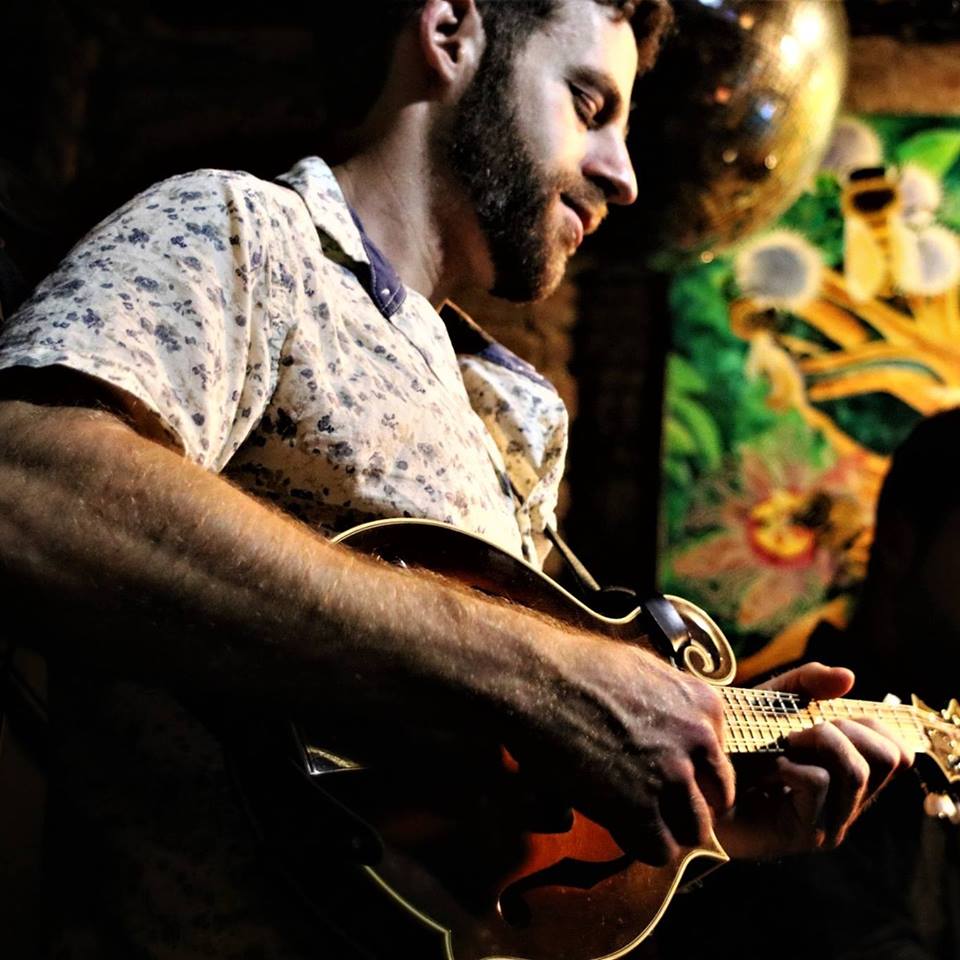 David Goldenberg is a mandolin player who’s singular approach blurs the lines between the adventurous sounds he hears in his head and the most rugged of fundamentals he is enamored of in traditional music.  He is a rare player who maintains a revolving affinity for bluegrass mandolin styles, fiddle tunes and a multitude of songwriters.  As one of the first ever mandolin graduates of the Berklee College of music, he went on to become a winner of the National Mandolin Contest, Telluride Bluegrass Band Contest, Rockygrass Mandolin Contest and Utah State Mandolin Contest. Teaching has always been a central theme in Goldenberg’s desire to connect with people.  He has maintained a roster of students from all levels for the past ten years. Dave also has a progressive instrumental duo recording out with 5-string fiddle extraordinaire Christian Sedelmyer (of 10 String Symphony and the Jerry Douglas Band). The album gives a nod to Seinfeld with the title The Show About Nothing. David Goldenberg Official Website 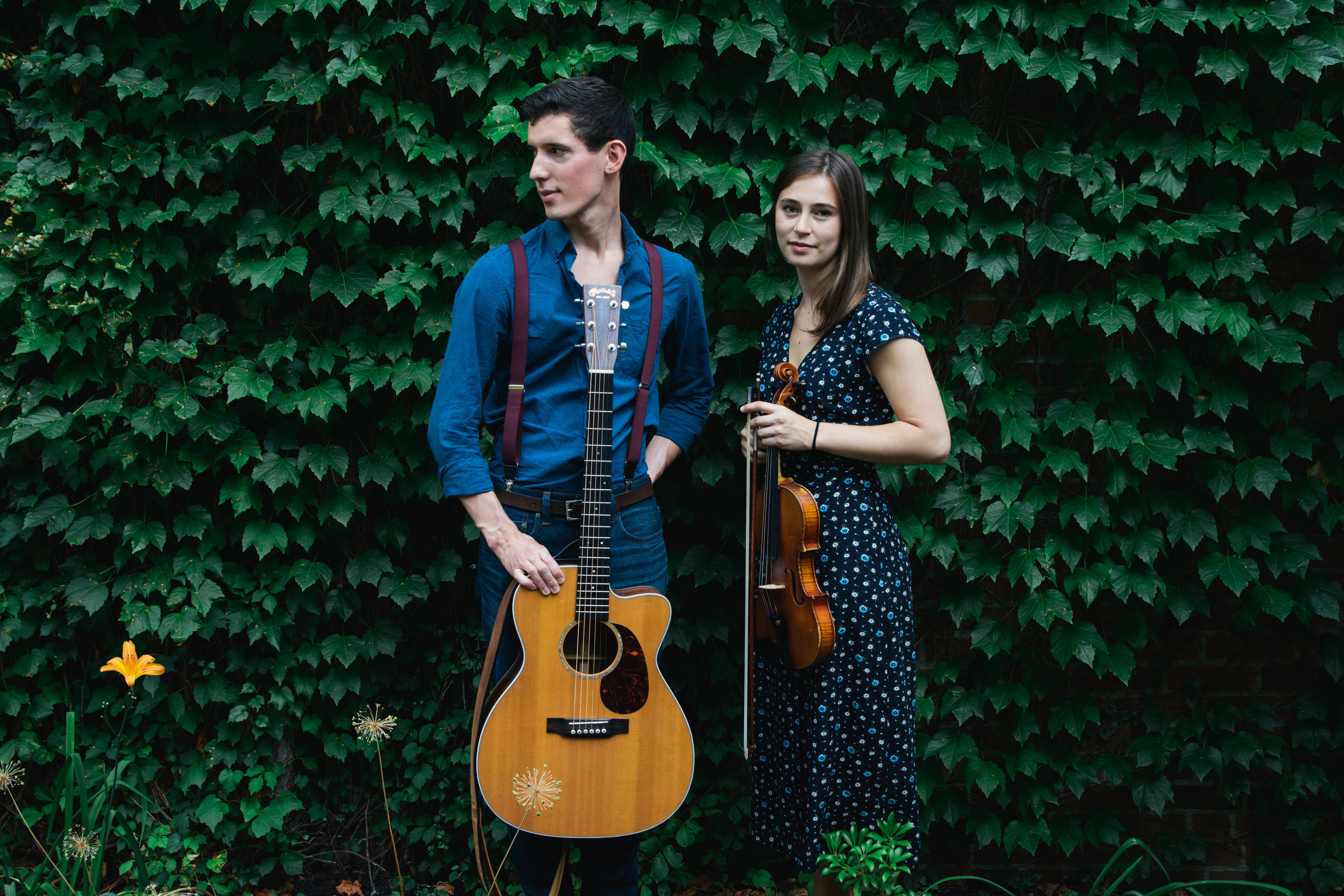 Violinist Maura Shawn Scanlin and guitarist Conor Hearn unite to form “Rakish.” The pair gets their namesake from the traditional Irish tune Rakish Paddy, an origin that aptly suits the duo and their shared background in traditional Irish and Scottish music. Yet “rakish” itself also suggests something strikingly unconventional in its appearance, and Maura and Conor knowingly embrace this wealth of connotation in their music, drawing on the music they grew up with and performing it with their own slant. In a performance that toes the line between concert music and session music, Rakish explores tunes and songs from Irish and American folk traditions in a way that reflects their shared interestin and love for old traditional tunes and chamber music.

Maura Shawn, a two-time U.S. National Scottish Fiddle Champion and a winner of the Glenfiddich Fiddle Competition, wields the technical range of an accomplished classical violinist and the deep sensitivity of a traditional musician. Conor, a native to the Irish music communities of Washington, D.C. and Baltimore, MD, makes his home in Boston, MA playing and teaching guitar. As a duo they have performed on Front Row Boston, Brian O’Donovan’s Burren Backroom Series, and can be heard on broadcasts of WGBH’s “A Celtic Sojourn.” Rakish Official Website

CONCERTS ARE SOLD OUT. SQUARE DANCING, FROM 12 -2, DOES NOT REQUIRE RESERVATIONS.

PLEASE EMAIL OR CALL IF YOU WOULD LIKE TO BE ON THE WAIT LIST FOR THE PERFORMANCES BEGINNING AT 3P.