Urban landscape painter Lisbeth Firmin will be taking her students into the streets of Roxbury, instructing them in working quickly with big brushes and bold color to capture the light and shadow of Main Street. This workshop is structured for both beginners and advanced painters who want to expand their painting skills. Firmin will be giving a demonstration at the beginning of each class, and there will be a critique at the end of each session. 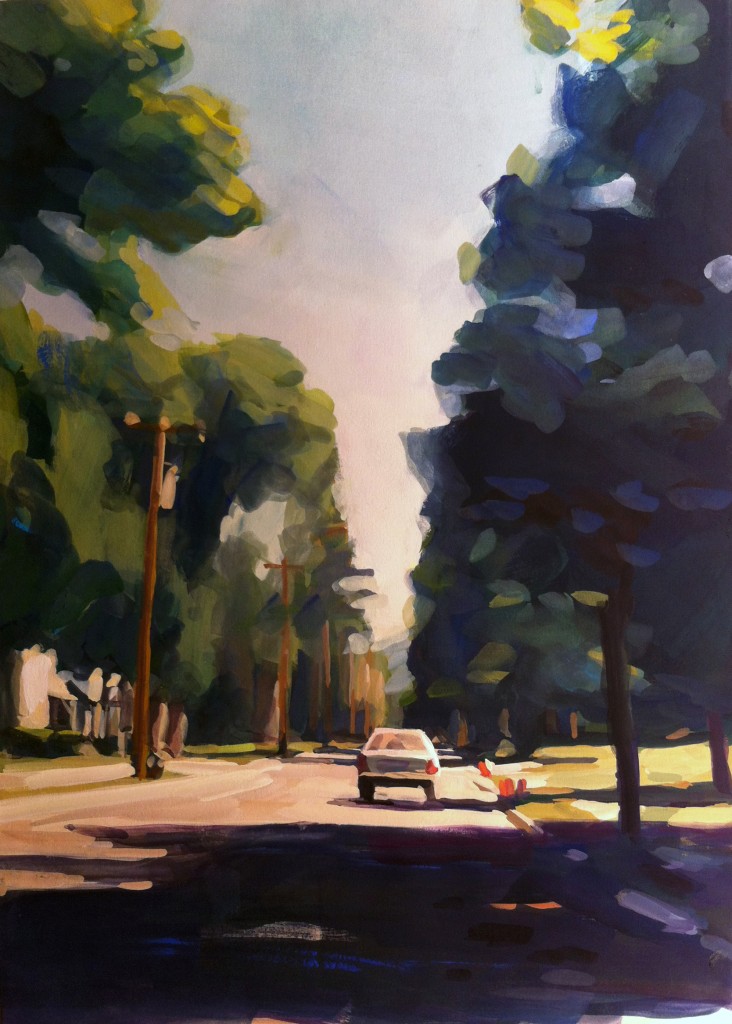 About the Teaching Artist:
Lisbeth Firmin is a contemporary American realist whose paintings and monotypes explore the relationship between people and their urban environment, while simultaneously capturing the energy and light of a specific moment in time. Her urban landscapes, following in the tradition of earlier realists such as John Sloan, George Bellows, and Edward Hopper, depict a feeling of human solitude, of people headed somewhere undisclosed. She is not interested in producing a literal translation of her subject matter, but aims instead to ride the line between abstraction and realism, letting the viewer provide the final interpretation.

Pre-registration is required for this workshop. Youth & Family Scholarships are available – Scholarship Form.